Barbecuing in a limited group or on your own balcony started to become more popular during the heightened restrictions during the pandemic. This does not mean, however, that it is now a thing of the past

Grilling on the balcony is a substitute for grilling outdoors. Unfortunately, the weather conditions do not always allow it, and simply the place where you live. If you do not have a garden, you can barbecue in a nearby park (after checking whether there are properly designated places), but some people prefer the comfort of home. And that’s who this article is for. How to arrange a barbecue on the balcony to be functional, safe and look interesting?

Can you grill on the balcony?

In addition, the Penal Code says: “whoever creates a fire hazard of great magnitude shall be punished by imprisonment of one to ten years. And barbecue on the balcony can be included in this

In big cities there are special barbecue zones, for example in parks or by lakes. However, many people would like to prepare a tasty barbecue dinner in the hygienic conditions of their own home. What then? An electric barbecue is not forbidden!

The basic rule for barbecuing on the balcony – safety

Although an electric barbecue doesn’t burst into flames, it should never be left unattended under any circumstances. It’s also a good idea to keep it away from flammable materials – and that shouldn’t be difficult, given that most of these devices are compact and can be easily repositioned

If you’re still worried that an electric barbecue might also displease the neighbors or attract the police, you can opt for a more discreet option, which is a grill pan. Although grilling is then not much different from making a regular dinner, but the taste qualities are similar to dishes from an electric grill.

How to arrange a barbecue on the balcony?

Electric grill can be purchased starting from 150 zł. It may resemble a grill pan in the shape of a circle or square, and its power source is electricity. So when arranging a space for a barbecue on your balcony, make sure it’s close to an outlet or have an extension cord ready

Remember that although an electric grill doesn’t produce as much smoke as a gas or charcoal one, smells will still escape. This can disturb your neighbors and create a heavy breathing environment on your balcony or loggia. So it’s a good idea to place your electric grill right next to a window or in a place where there’s a constant source of fresh air

In your barbecue corner should also appear comfortable chairs and a small table. After all, outdoor grilling is all about eating outdoors, right? Add romantic flowers and candles to set an atmospheric mood, and you’re set!

Desk clocks – the perfect way to decorate your living room

Scandi boho – the style that is winning hearts on Instagram

Interior design mistakes that are easy to make 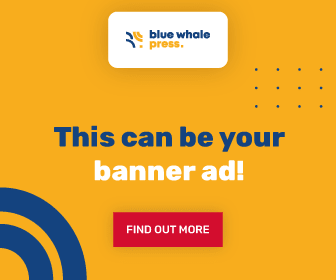